The Altai rise at the northern edge of the vast endorheic basins of Central Asia, and constitute one of the most pristine inhabited montane ecosystems on Earth. It is the northernmost of the great mountain complexes that radiate north and east from the collision of the Indian subcontinent with Eurasia, and its location, structure, and history have conspired to create here a tremendous, unmatched bio- and ethnodiversity. It is a place of cultural and ecological convergence. The Altai stands at the junction of steppe, desert, and taiga, and straddles the region where Kazakhstan, China, Mongolia, and Russia come together; physically, they constitute a diverse 1600 kilometer long partially-glaciated range that reaches almost 15,000 feet. Evidence points to skiing being invented in the Altai around 8000 BC, thousands of years before Scandinavia; thousands of years before that, the first dogs were domesticated in the range. Recent research shows a near-certain genetic link between Paleolithic Altai populations and indigenous North Americans.

Despite being a single geologic and biotic entity, the Altai is split between four countries. Until quite recently, the periphery of the People’s Republic of China and the former Soviet Bloc was off­-limits to foreigners and hidden from the rest of the world. Now, four nation-states share the Altai, and in this land riven by international borders, transboundary conservation efforts have struggled to gain traction. The Altai is home to threatened species endemic to Central Asia including the snow leopard, argali sheep, and Siberian ibex, as well as globally non-threatened fauna that are nonetheless noteworthy indicator species, including wolverine, wolves, and brown bears. Energy policy and climate-impacts detail the story of changing biodiversity in the Altai, and efforts to protect certain species or ecosystems necessarily impact industry and energy policy. The story of how these projects impact the landscape and the people of the Altai is a highly transferable one, as similar narratives are enacted around the world. The Altai Mountains also sit on a sensitive convergence of bioregions, making the area a key climate refugium. The low-elevation temperate-zone glaciers in the Altai are at about the same latitude as London and Vancouver, making them ideal markers of a changing climate. Indeed, the 1030 glaciers in the Russian Altai have lost between 9-27% of their total area and 12-24% of their total volume since 1952.

The Altai is a fascinating cultural mosaic that, in its borders and ethnic map tells a story of premodern migration, imperial governance, and resource scarcity. The word ‘Altai’ means golden mountains in the indigenous Turkic and Mongolian languages, and this same meaning was carried into Chinese through later contact. Turkic Kazakh peoples inhabit the Mongolian and Xinjiang sections of the Altai, as well as northeastern Kazakhstan, having traveled there to escape the advance of the Russian Empire in the 19th century. Tibetan Buddhism, Russian Orthodox, Islam, and Tengrist shamanism all exist here, and somewhere in each there is a reverence for this land; it is holy, magic. The four nation-states that today share the Altai view their share as peripheral to the larger country, and treat it as such. This is a singe mountain range, despite the political frontiers. 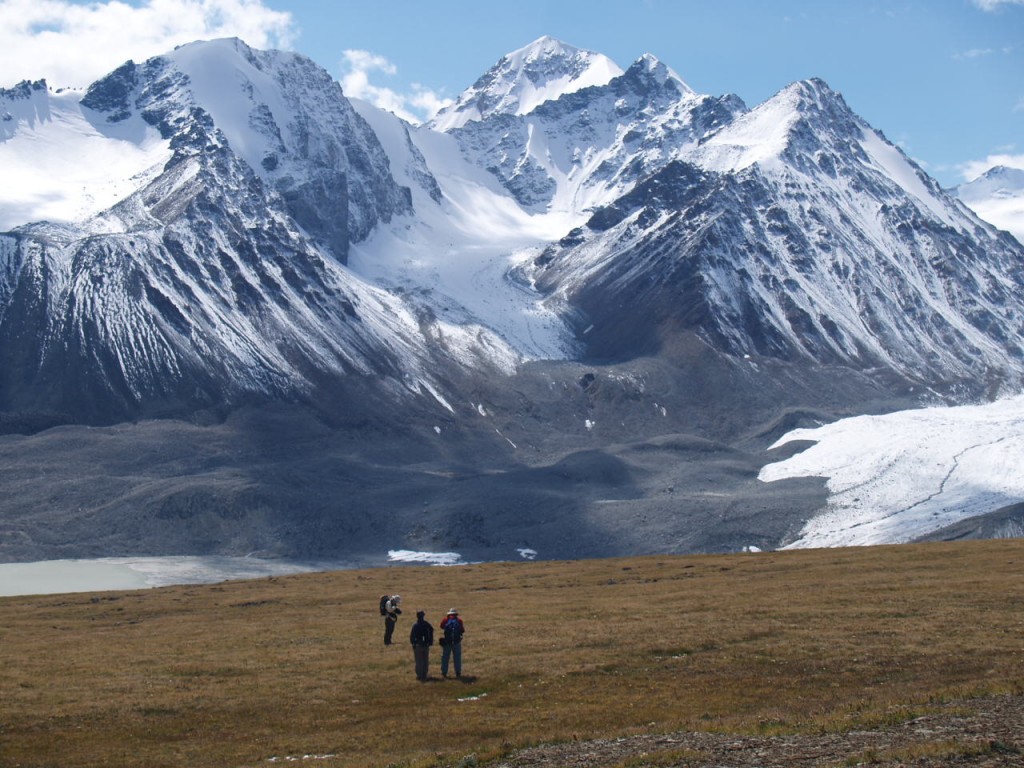 One of the key debates in the region over the last few years has been a energy transport agreement between Gazprom, a Russian natural gas company, and CNPC, the China National Petroleum Corporation, to explore the construction of a pipeline through the heart of the UNESCO-designated “Golden Mountains of Altai”. The only feasible route for this pipeline goes over a high mountain pass in a seismically active area, and the project only has an estimated 30-year lifespan. The impacts on the Ukok Plateau and the Belukha region, arguably the twin hearts of the region, could be substantial. Gazprom recently postponed the pipeline to at least 2016, but has not abandoned plans to pursue it.