The road has no outlet. There is no bridge, and no ferry. The map is wrong, again. We are crushed, again. We followed the main road towards Ust-Kamenogorsk as our map had it, along the shores of the great reservoir of Bukhatarmskoye. But twenty-five kilometers from anywhere, the road turns to dirt and a branch drops to a languid shore and a rusted, abandoned ferry dock. The family smoking cigarettes on the dock offers us candy and cabbage rolls, and confirms our suspicions, pointing north to the road. “Nyet parom, nyet most,” no ferry, no bridge between here and Ust-Kamenogorsk, Oskemen in Kazakh. They indicate a barge in the lake, the ferry coming to take them west across to a road that leads to Samara. It is 240 kilometers to our railhead by that route, and when the boat docks and disgorges a small truck and two Ladas, we reluctantly wheel our bikes on board.

We had taken a leisurely lunch, knowing we would camp the night by the reservoir and then have an easy morning into Ust. There, we would reach the railhead and the end of our human-powered journey around the Altai. We were fifty kilometers away, after thousands. Moments before we were exultant, our ending close and within the easy reach of a morning’s ride. Now, we are again cast into uncertainty and high challenge. We sullenly eat crackers on a bench by the railing. A trio of weathered Russian and Kazakh men loosen the steel cable loops on the ship-side bollards, and the Odessa slips out of the dock into the narrow reservoir.

The north end of Bukhtarminskoye, near our supposed railhead, is marked by a dam. It impounds the Black Irytsh River into the fifth-largest reservoir on Earth, even raising it to the level of Lake Zaysan upstream, one of the largest fresh bodies in Central Asia, and by far the oldest lake on Earth. Most lakes last only a hundred thousand years, with a million years marking an ancient feature. Zaysan is at least sixty-five million years old, three times older than Baikal, the second-place holder to the northeast. The Black Irytsh and the Zaysan depression has long marked the frontier between territories tenuously connected to Peking or Moscow. Cossacks fished here, Oriat Mongols built the last steppe confederation here in the 17th century, and Soviet transports pushed upstream into China, carrying away ore. Today, the infrastructure crumbles to scale as the river, sucked dry for irrigation, is too low for much shipping.

We had spent almost two weeks in the watershed, both in China, the mountains along the Austrian Road, and down in the rolling Kazakh steppe along the rivers draining to the Irtysh. Leafy villages dotted our route through the grasslands, simple settlements following a comfortable pattern: spread a handful of shops and markets along the main road, and cluster log and concrete brick houses around it with gardens and hayricks. Every town has a mosque built since the fall of the Soviet Union, often including Timurid and Persian elements like blue tile domes and large brick arched entrances. They are village affairs, humble, and tell the story of Islamic revival in Kazakhstan, encouraged from within the country, and from without. Nearby, in the park, a moment to the dead of the Great Patriotic War – our World War II – stands behind rusted fencing. There is a lit flame, and wreaths cover the pedestal. Victory Day was the previous week, and even though they are no longer part of the USSR, the day is held in reverence. The death toll of that war in the Soviet Union is inconceivable. Fifty thousand died from this tiny, remote province alone, a drop in the ocean of the twenty-eight million Soviet citizens that perished in the fight against Naziism. In one small town, we are told that seven veterans of the war remain alive, but are very old.

We relish the sparse green of the villages, and eat ice creams on rickety benches while schoolchildren ask us our name and giggle at our strange accents. In Russian-influenced and settled Kazakhstan, we added cheese and butter back into our diet, along with tomato sauce and real ice cream bars. The wind, unfortunately, continued to plague us until the asphalt ran out on the outskirts of Terekty, and that new challenge gave us a reprieve until we finished the Austrian Road and returned to sealed roads. There, we pass between the mountain walls headed west. North, Siberia begins, while south, whence we came, Central Asia stretches in desert, and glacier. The wind assaulted us, again. We moved west through verdant pasture, crawling into a forty knot headwind for the tenth day. Our first night camping beyond the Austrian Road, we hide behind poplars and wake to several inches of snow. At the latitude of Seattle and the elevation of Pittsburgh.

As we near the far shore, the captain waves us up two stories to the wheel house. The sparse bridge holds a few notebooks, a throttle marked in stenciled Cyrillic, and a great wooden ship’s wheel. He shows us the controls, and jots down distances to our next town: seventy kilometers. We dock as the sun drops, and move a few kilometers on to a rise above the lake. We set tents, boil water, and settle in to our disappointment and our well-exercised muscle of moving on, laughing, and planning. In the last light, two Kazakh horsemen wander by from work in the hills along the lake. We chat, and before leaving one dismounts and urges me into the saddle. Reminiscent of childhood pony rides, the second shepherd holds my reins and we ring camp at a trot. 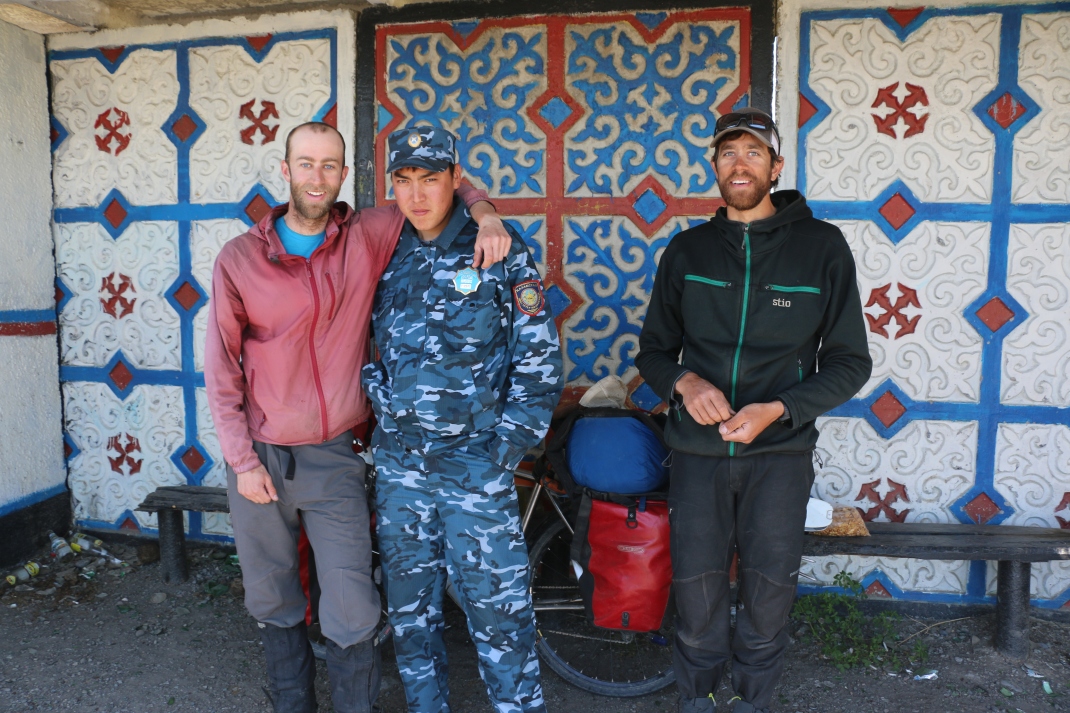 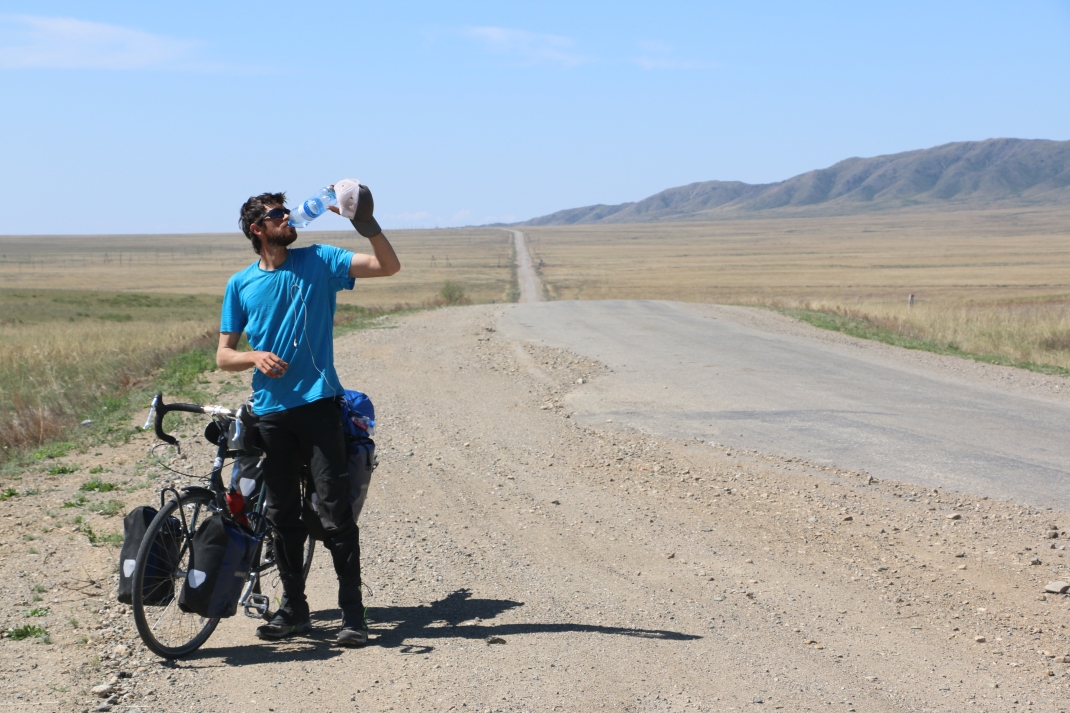 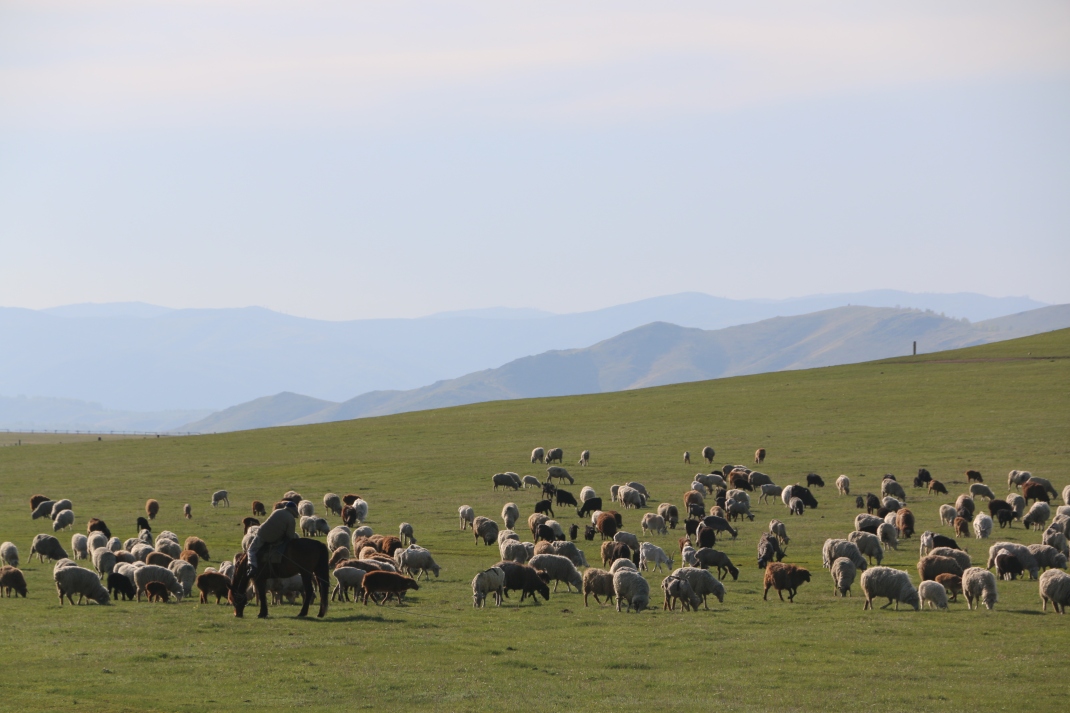 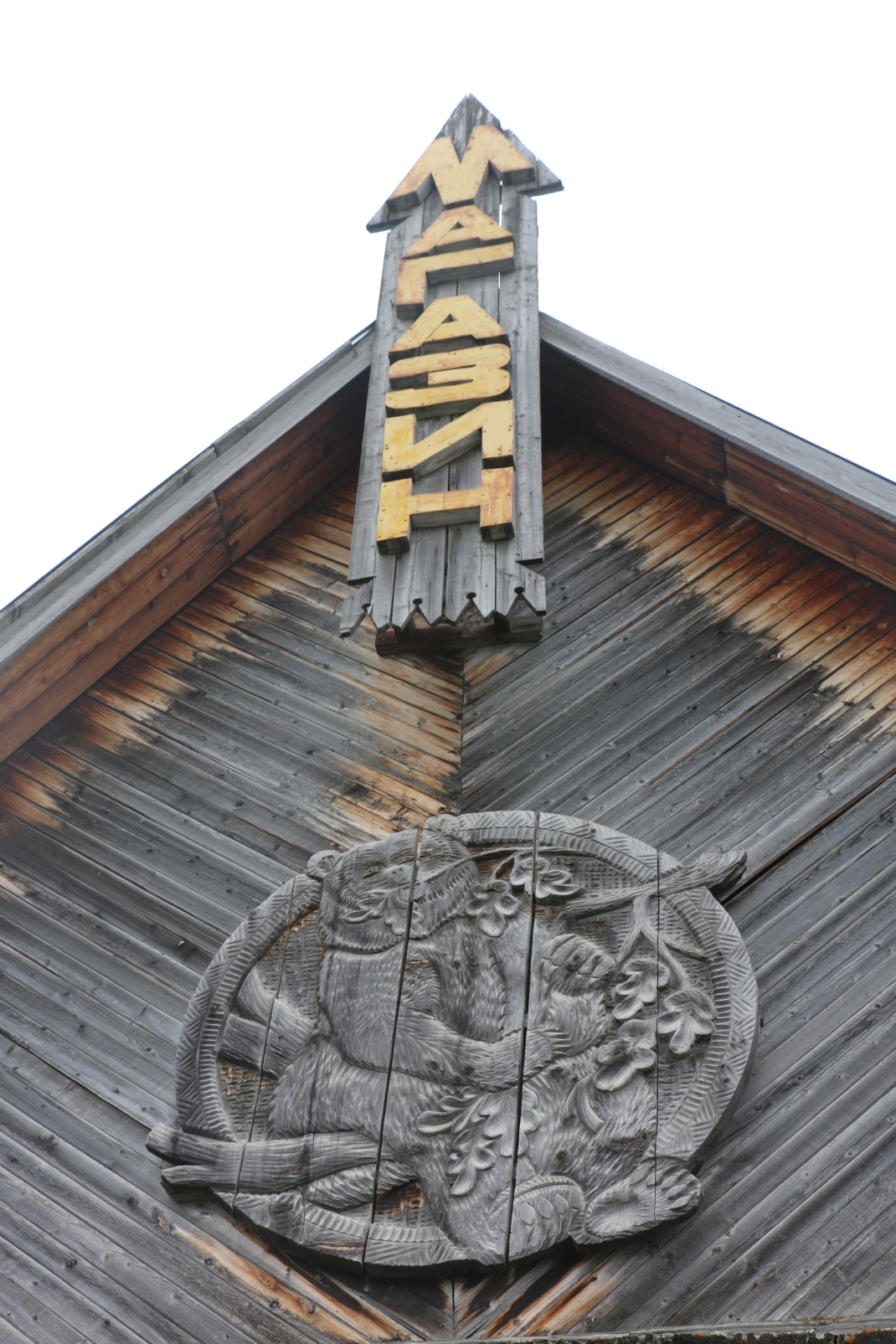 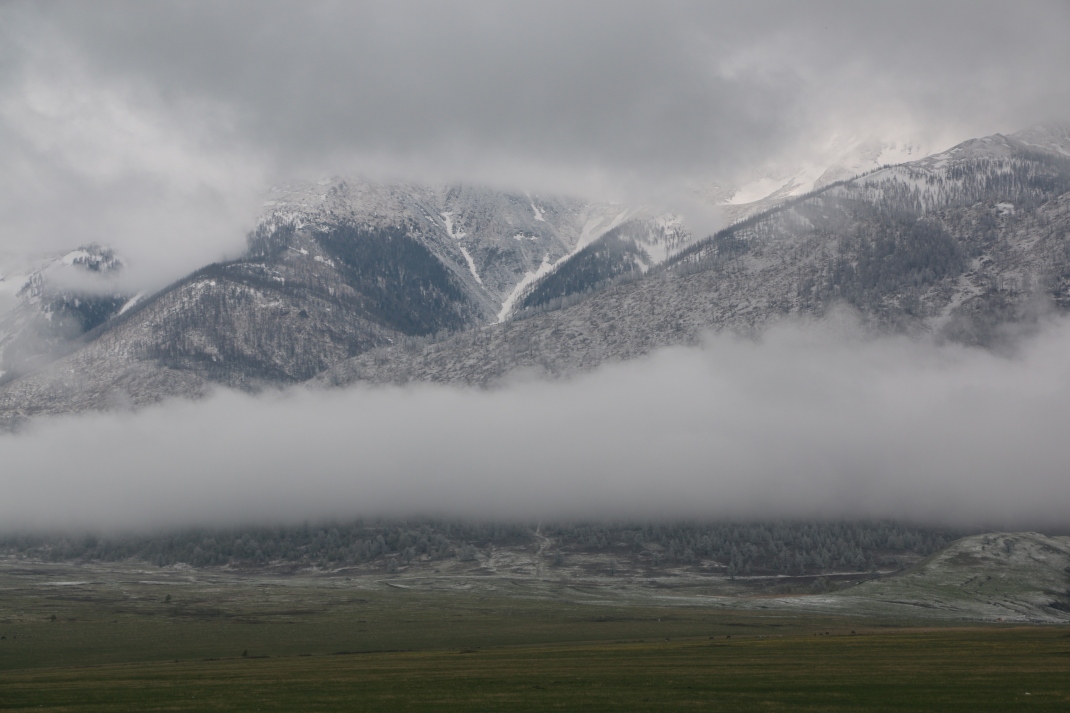 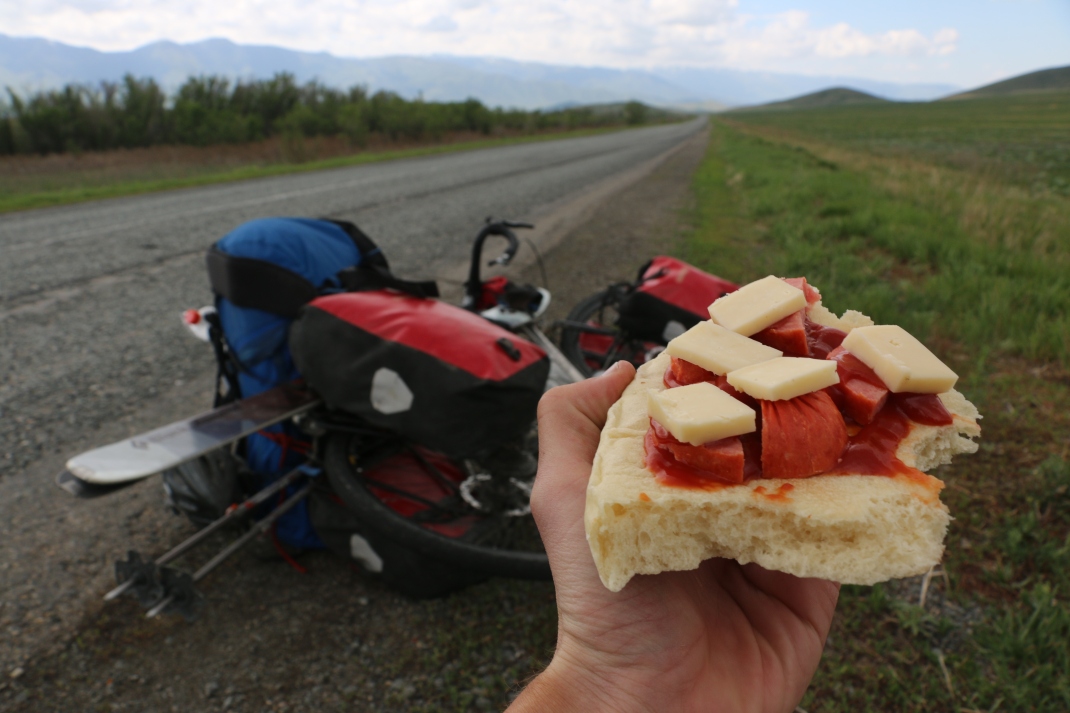 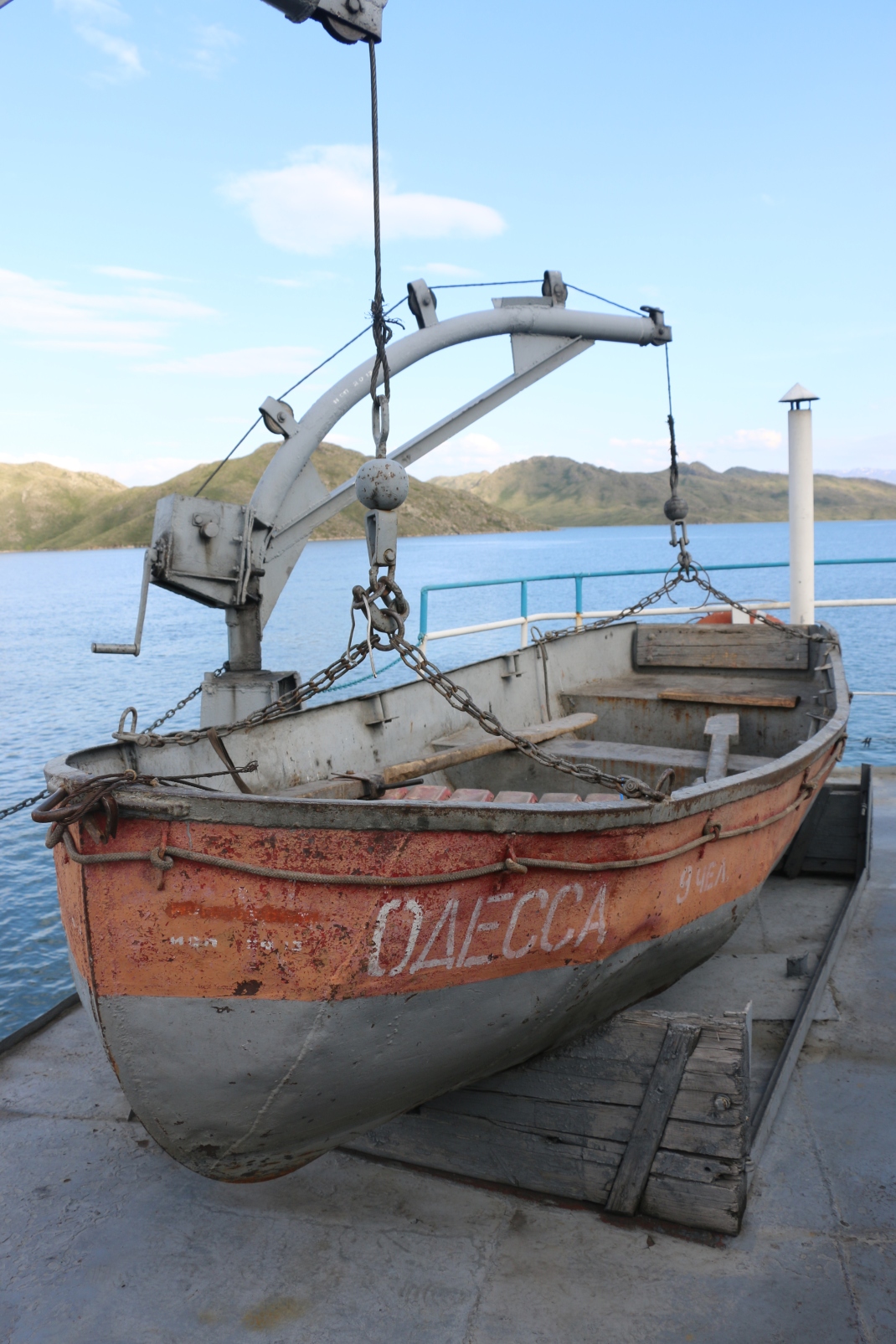